A bill to conserve fish and aquatic communities in the United States through partnerships that foster fish habitat conservation, improve the quality of life for the people of the United States, enhance fish and wildlife-dependent recreation, and for other purposes. 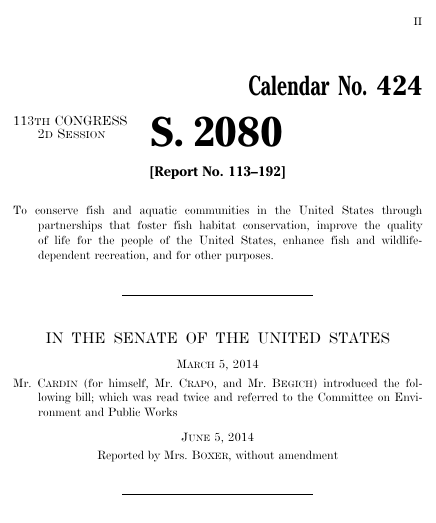 Bills numbers restart every two years. That means there are other bills with the number S. 2080. This is the one from the 113th Congress.