S. 209 (113th): A bill to require a full audit of the Board of Governors of the Federal Reserve System and the Federal reserve banks by the Comptroller General of the United States, and for other purposes. 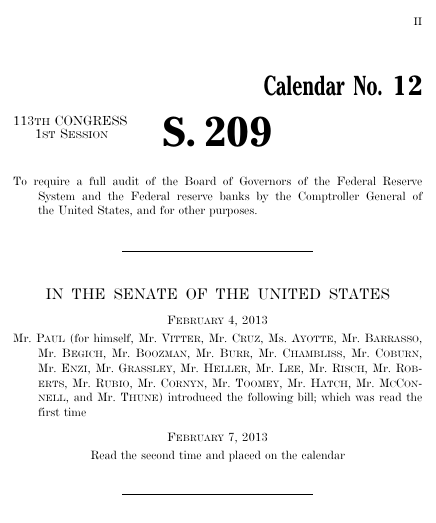 Bills numbers restart every two years. That means there are other bills with the number S. 209. This is the one from the 113th Congress.

A bill to require a full audit of the Board of Governors of the Federal Reserve System and the Federal reserve banks by the Comptroller General of the United States, and for other purposes, S. 209, 113th Cong. (2013).