A bill to expand and improve care provided to veterans and members of the Armed Forces with mental health disorders or at risk of suicide, to review the terms or characterization of the discharge or separation of certain individuals from the Armed Forces, to require a pilot program on loan repayment for psychiatrists who agree to serve in the Veterans Health Administration of the Department of Veterans Affairs, and for other purposes.

This bill was introduced on March 27, 2014, in a previous session of Congress, but it did not receive a vote. 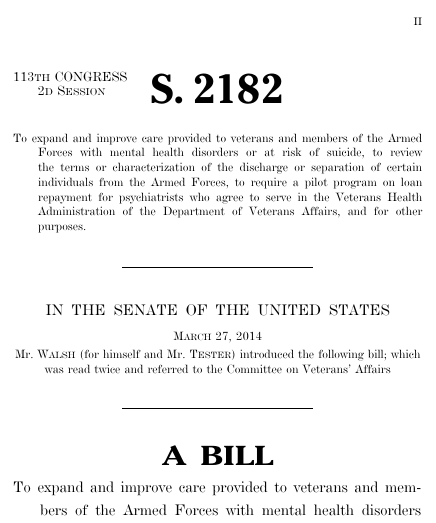 Bills numbers restart every two years. That means there are other bills with the number S. 2182. This is the one from the 113th Congress.