A bill to amend the Federal Water Pollution Control Act to establish a grant program to support the restoration of San Francisco Bay. 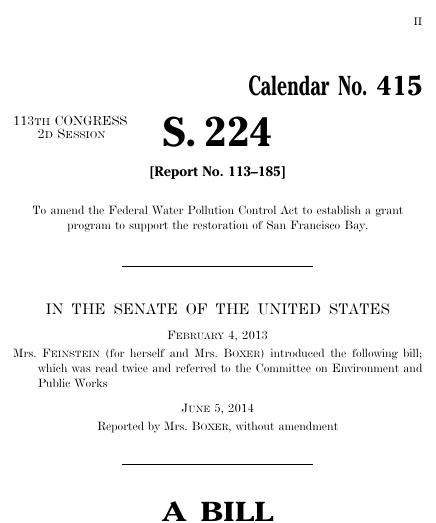 Bills numbers restart every two years. That means there are other bills with the number S. 224. This is the one from the 113th Congress.