A bill to amend the Older Americans Act of 1965 to develop and test an expanded and advanced role for direct care workers who provide long-term services and supports to older individuals in efforts to coordinate care and improve the efficiency of service delivery. 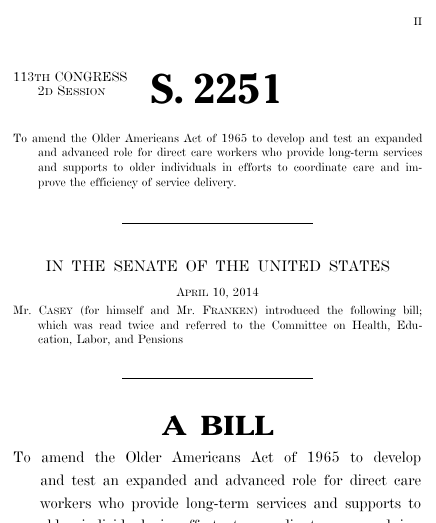 Bills numbers restart every two years. That means there are other bills with the number S. 2251. This is the one from the 113th Congress.