S. 2542 (113th): A bill to clarify the effect of State statutes of repose on the required commencement date for actions under the Comprehensive Environmental Response, Compensation, and Liability Act of 1980. 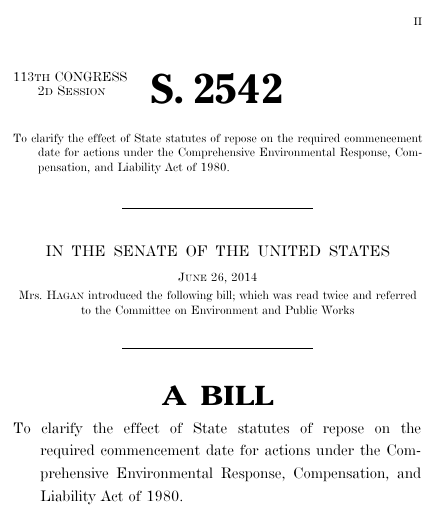 Bills numbers restart every two years. That means there are other bills with the number S. 2542. This is the one from the 113th Congress.

A bill to clarify the effect of State statutes of repose on the required commencement date for actions under the Comprehensive Environmental Response, Compensation, and Liability Act of 1980, S. 2542, 113th Cong. (2014).