S. 2632 (113th): A bill to provide for the expedited processing of unaccompanied alien children illegally entering the United States, and for other purposes. 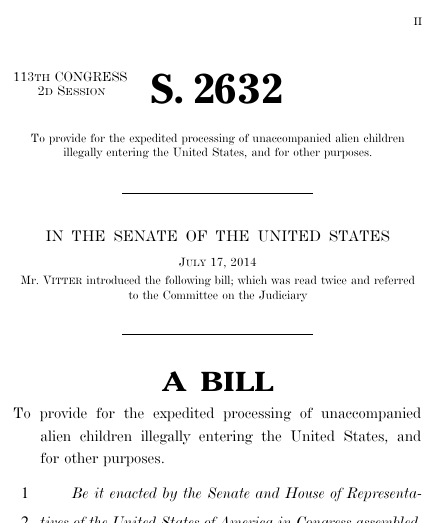 Bills numbers restart every two years. That means there are other bills with the number S. 2632. This is the one from the 113th Congress.

GovTrack.us. (2021). S. 2632 — 113th Congress: A bill to provide for the expedited processing of unaccompanied alien children illegally entering the ... Retrieved from https://www.govtrack.us/congress/bills/113/s2632

A bill to provide for the expedited processing of unaccompanied alien children illegally entering the United States, and for other purposes, S. 2632, 113th Cong. (2014).