A bill making emergency supplemental appropriations for the fiscal year ending September 30, 2014, and for other purposes. 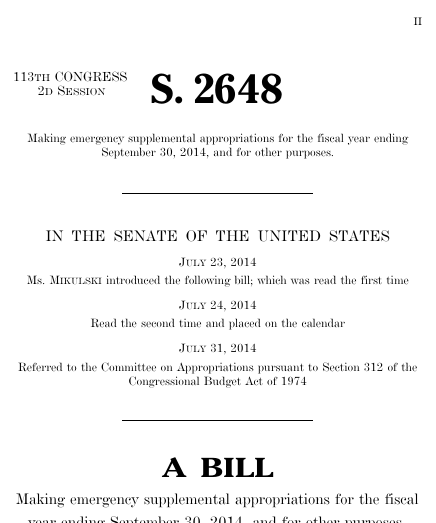 “Heinrich: It's Irresponsible To Believe This Refugee Crisis Will Fix Itself”
— Sen. Martin Heinrich [D-NM] on Jul 31, 2014

Bills numbers restart every two years. That means there are other bills with the number S. 2648. This is the one from the 113th Congress.