A bill to prohibit future consideration of deferred action for childhood arrivals or work authorization for aliens who are not in lawful status, to facilitate the expedited processing of minors entering the United States across the southern border, and to require the Secretary of Defense to reimburse States for National Guard deployments in response to large-scale border crossings of unaccompanied alien children from noncontiguous countries. 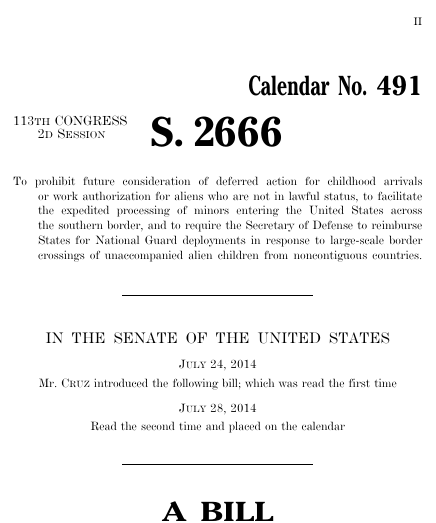 Bills numbers restart every two years. That means there are other bills with the number S. 2666. This is the one from the 113th Congress.