A bill to amend the Federal Water Pollution Control Act to establish within the Environmental Protection Agency a Columbia River Basin Restoration Program. 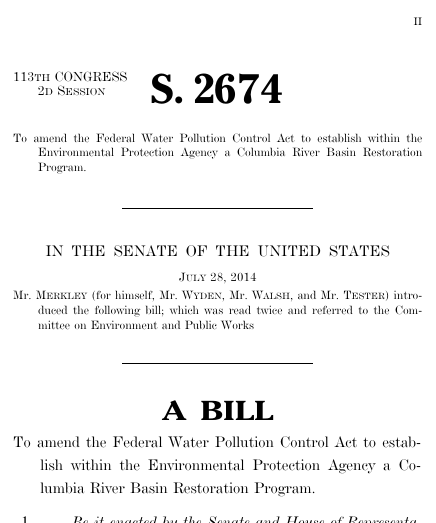 This bill was introduced on July 28, 2014, in a previous session of Congress, but was not enacted.