A bill to reform the authorities of the Federal Government to require the production of certain business records, conduct electronic surveillance, use pen registers and trap and trace devices, and use other forms of information gathering for foreign intelligence, counterterrorism, and criminal purposes, and for other purposes. 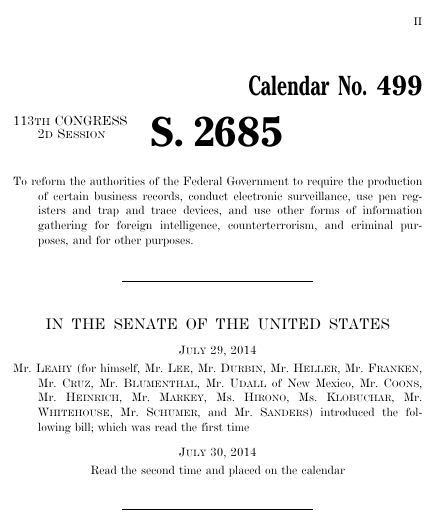 This bill was introduced in a previous session of Congress but was killed due to a failed vote for cloture, under a fast-track vote called "suspension", or while resolving differences on November 18, 2014.

Bills numbers restart every two years. That means there are other bills with the number S. 2685. This is the one from the 113th Congress.