A bill to authorize a settlement in accordance with the agreement entered into by the Tennessee Valley Authority, the Department of the Interior, and counties within the Great Smoky Mountains National Park. 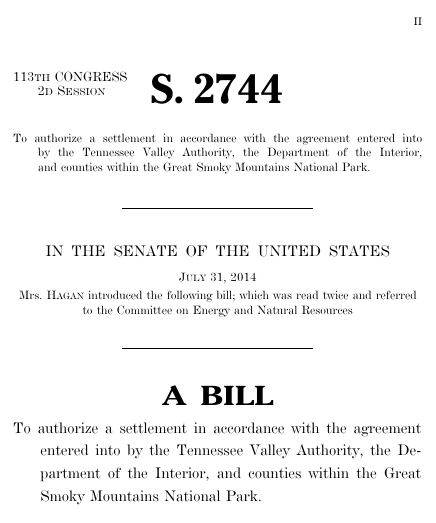 Bills numbers restart every two years. That means there are other bills with the number S. 2744. This is the one from the 113th Congress.