A bill to increase the quantity of solar photovoltaic electricity by providing rebates for the purchase and installation of an additional 10,000,000 photovoltaic systems by 2024, and for other purposes. 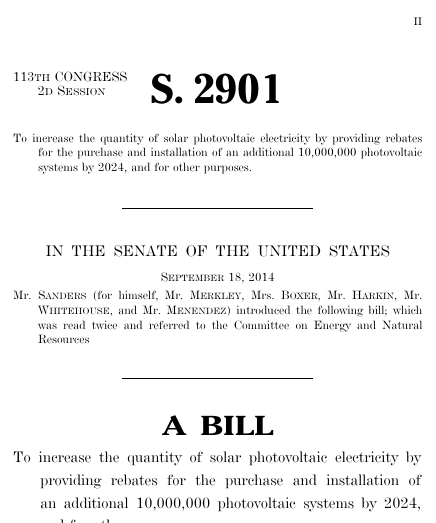 Bills numbers restart every two years. That means there are other bills with the number S. 2901. This is the one from the 113th Congress.