A bill to extend the requirement that drug manufacturers that increase prices faster than inflation pay an additional rebate to State Medicaid programs to include manufacturers of generic drugs. 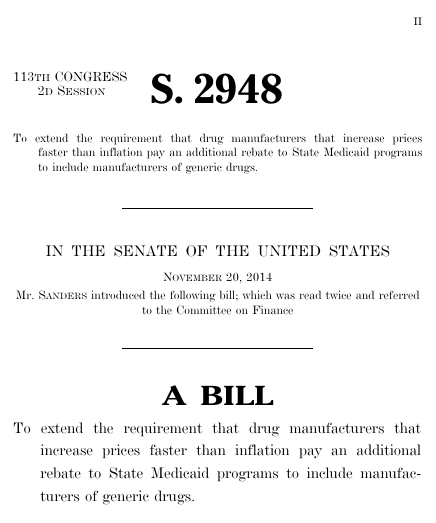 Bills numbers restart every two years. That means there are other bills with the number S. 2948. This is the one from the 113th Congress.