A bill to amend title XVIII of the Social Security Act to require State licensure and bid surety bonds for entities submitting bids under the Medicare durable medical equipment, prosthetics, orthotics, and supplies (DMEPOS) competitive acquisition program, and for other purposes. 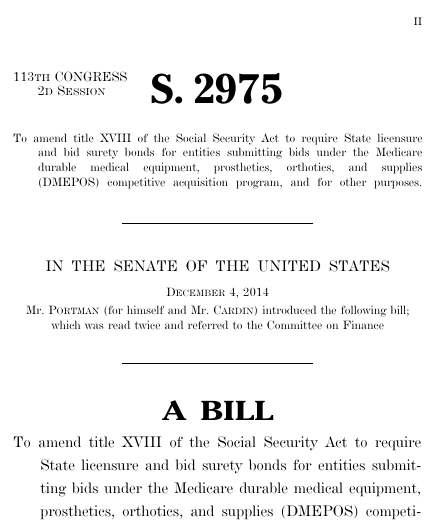 This bill was introduced on December 4, 2014, in a previous session of Congress, but was not enacted.