S. 299 (113th): A bill to prohibit appropriated funds from being used in contravention of section 642(a) of the Illegal Immigration Reform and Immigrant Responsibility Act of 1996. 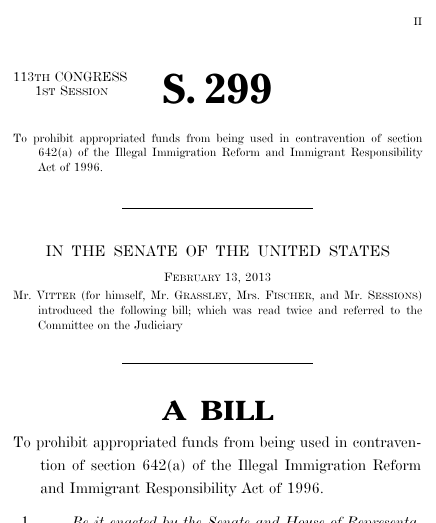 This bill was introduced on February 13, 2013, in a previous session of Congress, but was not enacted.

A bill to prohibit appropriated funds from being used in contravention of section 642(a) of the Illegal Immigration Reform and Immigrant Responsibility Act of 1996, S. 299, 113th Cong. (2013).