A bill to posthumously award a Congressional Gold Medal to Lena Horne in recognition of her achievements and contributions to American culture and the civil rights movement. 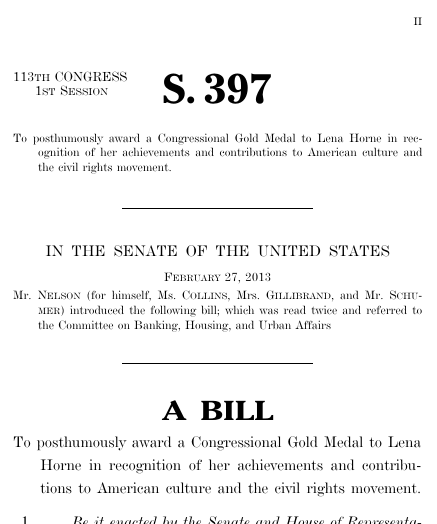 Bills numbers restart every two years. That means there are other bills with the number S. 397. This is the one from the 113th Congress.