S. 530 (113th): A bill to make participation in the American Community Survey voluntary, except with respect to certain basic questions, and for other purposes. 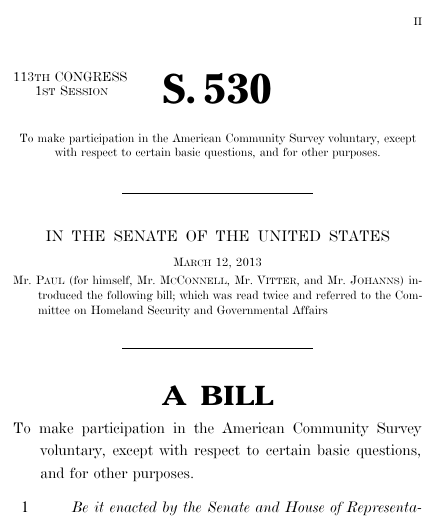 Bills numbers restart every two years. That means there are other bills with the number S. 530. This is the one from the 113th Congress.

GovTrack.us. (2021). S. 530 — 113th Congress: A bill to make participation in the American Community Survey voluntary, except with respect to ... Retrieved from https://www.govtrack.us/congress/bills/113/s530

A bill to make participation in the American Community Survey voluntary, except with respect to certain basic questions, and for other purposes, S. 530, 113th Cong. (2013).