S. 659 (113th): A bill to reauthorize the Reclamation States Emergency Drought Relief Act of 1991, and for other purposes. 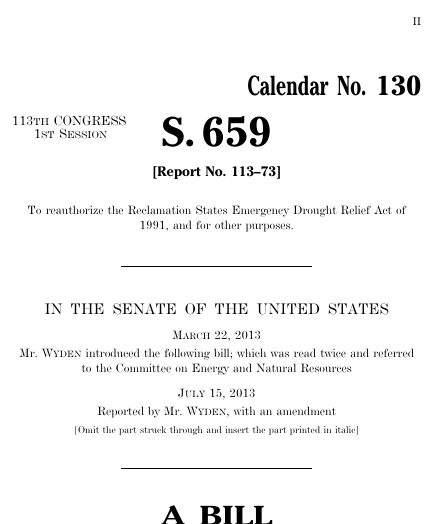 This bill was introduced on May 16, 2013, in a previous session of Congress, but was not enacted.