A bill to provide for the expansion of Federal efforts concerning the prevention, education, treatment, and research activities related to Lyme and other tick-borne diseases, including the establishment of a Tick-Borne Diseases Advisory Committee. 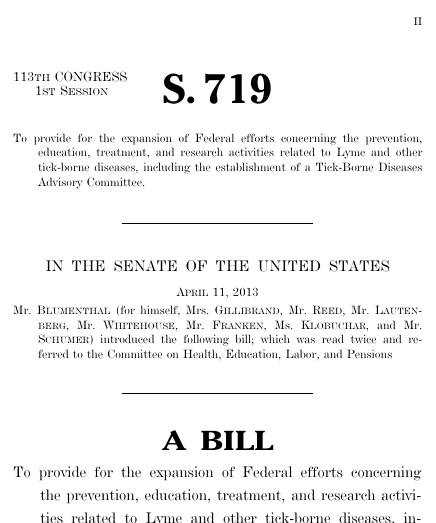 Bills numbers restart every two years. That means there are other bills with the number S. 719. This is the one from the 113th Congress.