A bill to amend the Internal Revenue Code of 1986 to provide for taxpayers making donations with their returns of income tax to the Federal Government to pay down the public debt. 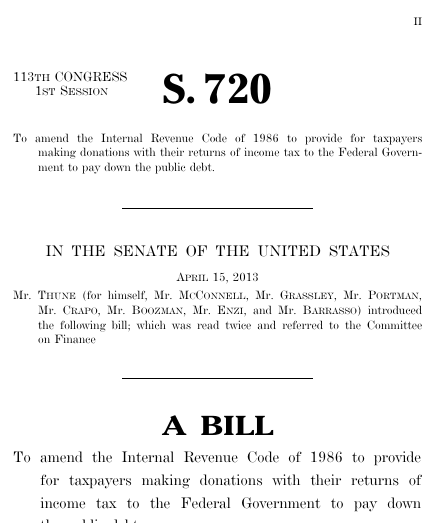 This bill was introduced on April 15, 2013, in a previous session of Congress, but was not enacted.

Bills numbers restart every two years. That means there are other bills with the number S. 720. This is the one from the 113th Congress.