This bill would be good news for rock-rap band Rage Against the Machine, after a day in June when a Canadian radio station played their… Oct 6, 2022

A bill to amend the Public Health Service Act to establish direct care registered nurse-to-patient staffing ratio requirements in hospitals, and for other purposes. 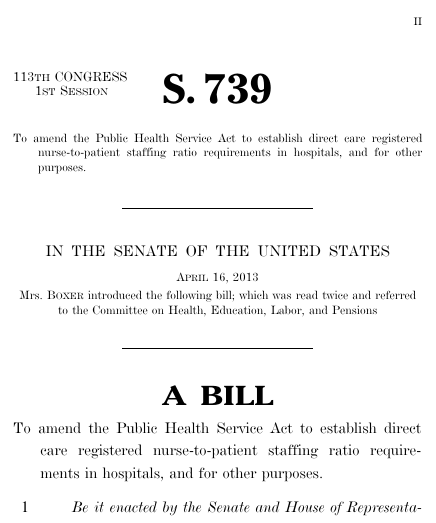 This bill was introduced on April 16, 2013, in a previous session of Congress, but it did not receive a vote.

Bills numbers restart every two years. That means there are other bills with the number S. 739. This is the one from the 113th Congress.