A bill to extend the authorization of appropriations to carry out approved wetlands conservation projects under the North American Wetlands Conservation Act through fiscal year 2017. 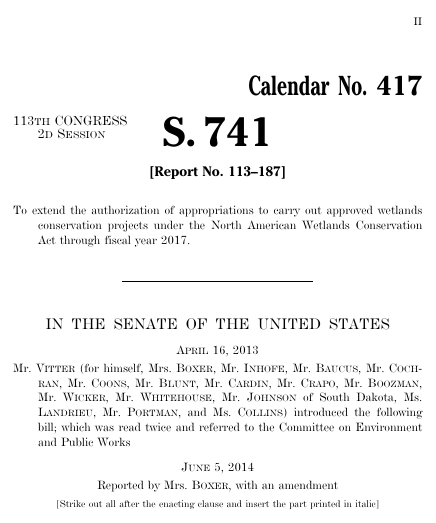 Bills numbers restart every two years. That means there are other bills with the number S. 741. This is the one from the 113th Congress.