A bill to amend the Federal Food, Drug, and Cosmetic Act to clarify the Food and Drug Administration's jurisdiction over certain tobacco products, and to protect jobs and small businesses involved in the sale, manufacturing and distribution of traditional and premium cigars. 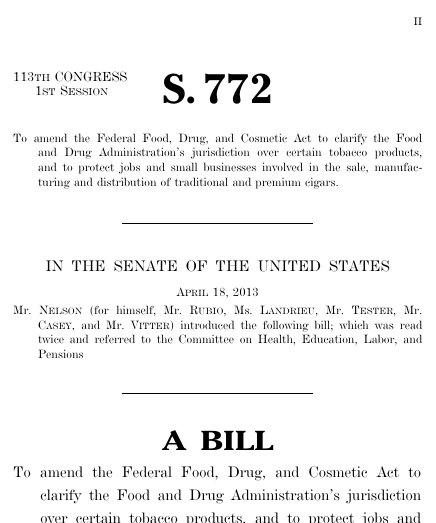 Bills numbers restart every two years. That means there are other bills with the number S. 772. This is the one from the 113th Congress.