A bill to support revitalization and reform of the Organization of American States, and for other purposes. 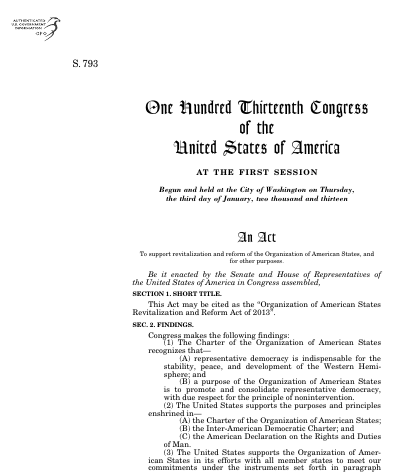 This bill was enacted after being signed by the President on October 2, 2013.

“The OAS Fails to Live Up To Its Inter-American Democratic Charter and Reforms are Desperately Needed to Protect American Taxpayers, Says Ros-Lehtinen”
— Rep. Ileana Ros-Lehtinen [R-FL27, 2013-2018] on Jul 24, 2013