S.Res. 102 (113th): A resolution expressing support for the designation of Saint Louis, Missouri, as the “National Chess Capital” of the United States to enhance awareness of the educational benefits of chess and to encourage schools and community centers to engage in chess programs to promote problem-solving, critical thinking, spatial awareness, and goal setting. 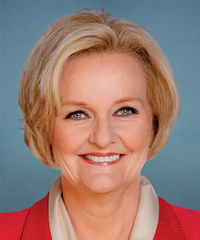 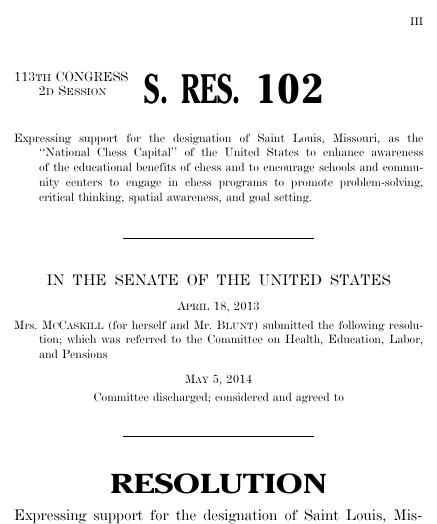 GovTrack.us. (2020). S.Res. 102 — 113th Congress: A resolution expressing support for the designation of Saint Louis, Missouri, as the “National Chess ... Retrieved from https://www.govtrack.us/congress/bills/113/sres102

A resolution expressing support for the designation of Saint Louis, Missouri, as the “National Chess Capital” of the United States to enhance awareness of the educational benefits of chess and to encourage schools and community centers to engage in chess programs to promote problem-solving, critical thinking, spatial awareness, and goal setting, S. Res. 102, 113th Cong. (2013).