S.Res. 288 (113th): A resolution supporting enhanced maritime security in the Gulf of Guinea and encouraging increased cooperation between the United States and West and Central African countries to fight armed robbery at sea, piracy, and other maritime threats. 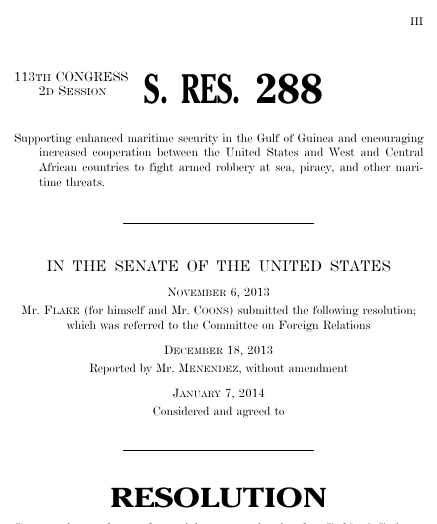 Resolutions numbers restart every two years. That means there are other resolutions with the number S.Res. 288. This is the one from the 113th Congress.

A resolution supporting enhanced maritime security in the Gulf of Guinea and encouraging increased cooperation between the United States and West and Central African countries to fight armed robbery at sea, piracy, and other maritime threats, S. Res. 288, 113th Cong. (2013).