S.Res. 333 (113th): A resolution strongly recommending that the United States renegotiate the return of the Iraqi Jewish Archive to Iraq. 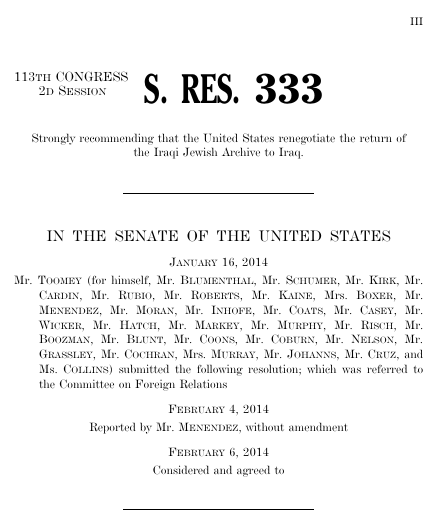 GovTrack.us. (2020). S.Res. 333 — 113th Congress: A resolution strongly recommending that the United States renegotiate the return of the Iraqi Jewish ... Retrieved from https://www.govtrack.us/congress/bills/113/sres333

A resolution strongly recommending that the United States renegotiate the return of the Iraqi Jewish Archive to Iraq, S. Res. 333, 113th Cong. (2014).