S.Res. 595 (113th): A resolution recognizing Nobel Laureates Kailash Satyarthi and Malala Yousafzai for their efforts to end the financial exploitation of children and to ensure the right of all children to an education. 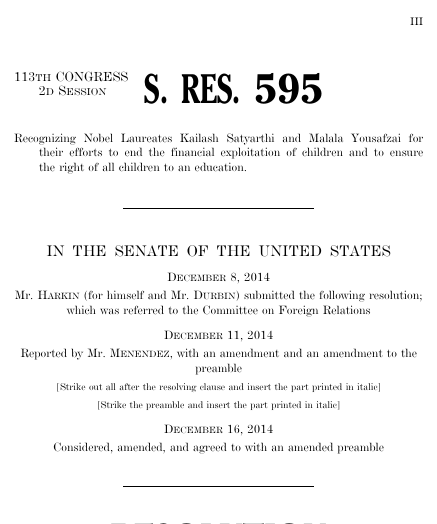 Resolutions numbers restart every two years. That means there are other resolutions with the number S.Res. 595. This is the one from the 113th Congress.

A resolution recognizing Nobel Laureates Kailash Satyarthi and Malala Yousafzai for their efforts to end the financial exploitation of children and to ensure the right of all children to an education, S. Res. 595, 113th Cong. (2014).