S.Res. 65 (113th): A resolution strongly supporting the full implementation of United States and international sanctions on Iran and urging the President to continue to strengthen enforcement of sanctions legislation. 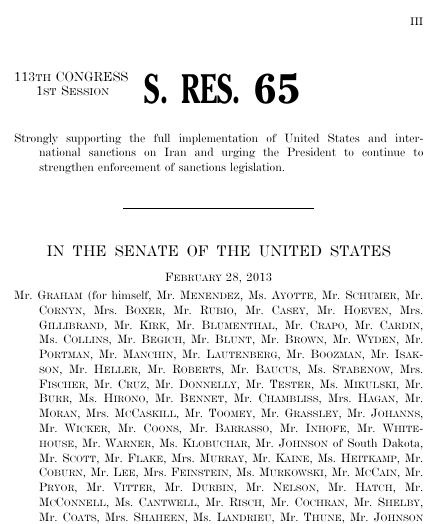 S.Res. 65 (113th) was a simple resolution in the United States Congress.

Resolutions numbers restart every two years. That means there are other resolutions with the number S.Res. 65. This is the one from the 113th Congress.

A resolution strongly supporting the full implementation of United States and international sanctions on Iran and urging the President to continue to strengthen enforcement of sanctions legislation, S. Res. 65, 113th Cong. (2013).