H.Con.Res. 124 (114th): Recognizing the 75th anniversary of the attack on Pearl Harbor and the lasting significance of National Pearl Harbor Remembrance Day. 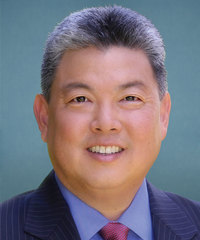 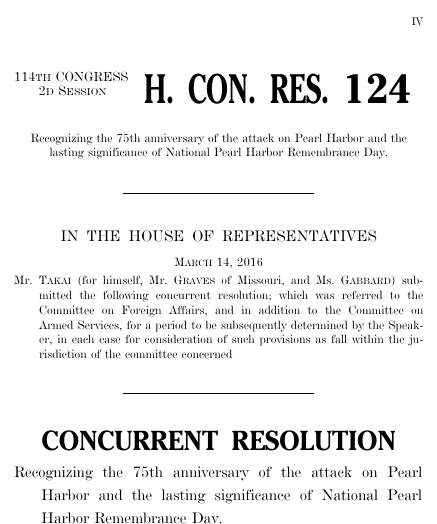 This resolution was introduced on March 14, 2016, in a previous session of Congress, but was not enacted.

H.Con.Res. 124 (114th) was a concurrent resolution in the United States Congress.

GovTrack.us. (2020). H.Con.Res. 124 — 114th Congress: Recognizing the 75th anniversary of the attack on Pearl Harbor and the lasting significance of ... Retrieved from https://www.govtrack.us/congress/bills/114/hconres124