This resolution would have caused H.R. 719 to be amended with provisions to defund Planned Parenthood Federation of America for one year, in addition to technical corrections. Although the resolution passed in the House, it was not taken up in the Senate. H.R. 719 was the must-pass bill that funded the government through December 11, 2015.

A resolution like this one that "corrects the enrollment" of another bill is typically used to make non-substantive technical corrections to a bill_after_ it has already been passed by both chambers of Congress in identical form (called "enrollment"). Typically a bill will immediately be sent to the President for signature. With a resolution like this one, when passed by both chambers, the text of the bill can be modified prior to its being sent … 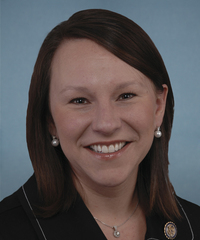 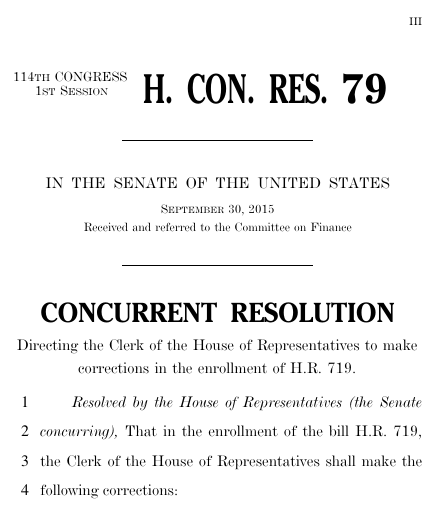 This resolution was introduced in a previous session of Congress and was passed by the House on September 30, 2015 but was never passed by the Senate.

H.Con.Res. 79 (114th) was a concurrent resolution in the United States Congress.

Resolutions numbers restart every two years. That means there are other resolutions with the number H.Con.Res. 79. This is the one from the 114th Congress.