H.J.Res. 88 (114th): Disapproving the rule submitted by the Department of Labor relating to the definition of the term “Fiduciary”. 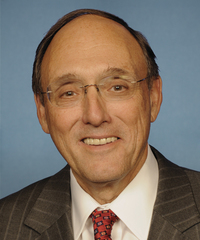 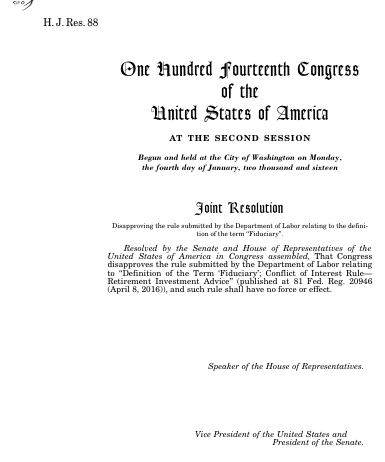 This resolution was vetoed. The House attempted to override the veto on June 22, 2016 but failed.

Resolutions numbers restart every two years. That means there are other resolutions with the number H.J.Res. 88. This is the one from the 114th Congress.

GovTrack.us. (2021). H.J.Res. 88 — 114th Congress: Disapproving the rule submitted by the Department of Labor relating to the definition of the ... Retrieved from https://www.govtrack.us/congress/bills/114/hjres88

Disapproving the rule submitted by the Department of Labor relating to the definition of the term “Fiduciary”, H.R.J. Res. 88, 114th Cong. (2016).