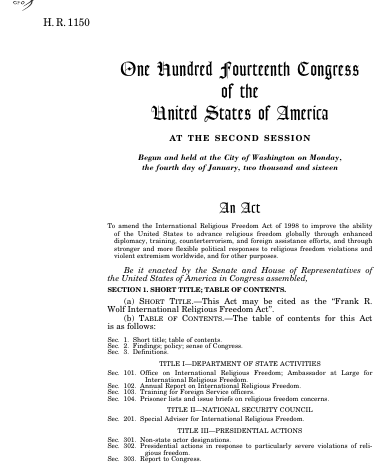 “<span class='\"kicker\"'>In Erbil, US Congressman asks why Christian survivors of genocide not getting humanitarian aid from US &amp; other OSCE countries</span>Smith Leads Mission to Genocide Survivors in Iraq”
— Rep. Christopher “Chris” Smith [R-NJ4] (Sponsor) on Dec 20, 2016

Bills numbers restart every two years. That means there are other bills with the number H.R. 1150. This is the one from the 114th Congress.