To encourage, enhance, and integrate Blue Alert plans throughout the United States in order to disseminate information when a law enforcement officer is seriously injured or killed in the line of duty, is missing in connection with the officer's official duties, or an imminent and credible threat that an individual intends to cause the serious injury or death of a law enforcement officer is received, and for other purposes. 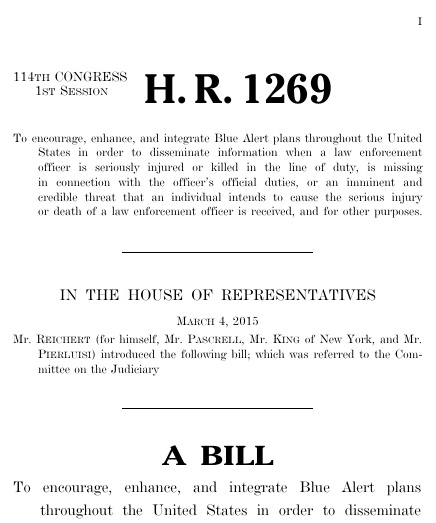 Bills numbers restart every two years. That means there are other bills with the number H.R. 1269. This is the one from the 114th Congress.