The National Defense Authorization Act for Fiscal Year 2016 is a comprehensive defense spending bill. At almost 1,000 pages long it will direct funding for procurement, research, and operation of defense technology, establish military policy, and address other matters pertaining to national defense. It has been passed by the House with 19 amendments, and is currently being reviewed by the Senate with 333 amendments proposed.

Sen. Rob Portman (R-OH) proposed an amendment to “allow for $371 million to support research and development and procurement of 81 Stryker vehicles with an upgraded weapon system ... 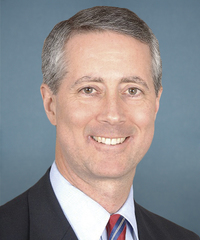 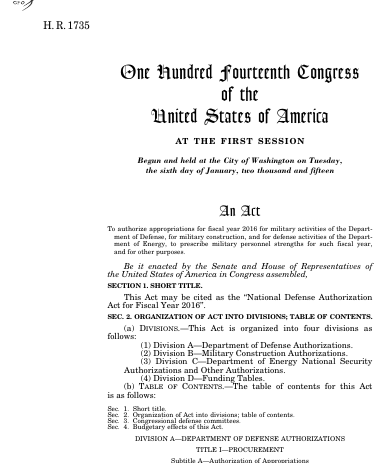 Enacted Via Other Measures

Bills numbers restart every two years. That means there are other bills with the number H.R. 1735. This is the one from the 114th Congress.