A week before his death, John Lewis introduced the Missed Opportunities in Public Health and…

Four out of five National Institutes of Health research grant applications are denied; what were they? Jul 28, 2020

There are four living ex-presidents, and in a year’s time there could be five: Jimmy Carter, George H.W. Bush, Bill Clinton, George W. Bush, and Barack Obama. Under a bill the House passed in January and the Senate passed out of committee in February, taxpayer-funded pensions for ex-presidents would be significantly curtailed -- potentially even eliminated.

The current law is the Former Presidents Act of 1958, under which ex-presidents receive an annual pension equivalent to the pay of a current Cabinet member, which this year is $203,700. (The president receives $400,000 a year while in office.) Pensions have totalled tens of millions of dollars since the program began. 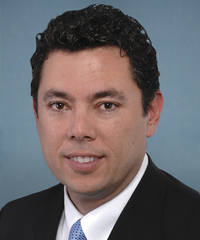 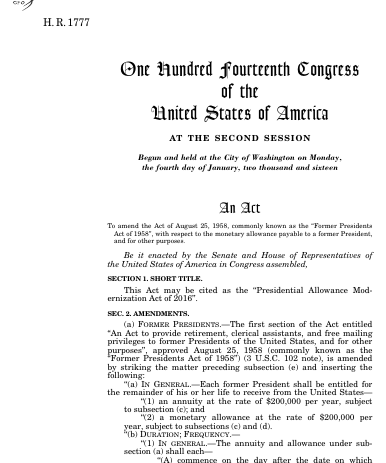 This bill was vetoed by the President on July 22, 2016 and Congress did not attempt an override before the end of the Congressional session.

Bills numbers restart every two years. That means there are other bills with the number H.R. 1777. This is the one from the 114th Congress.