H.R. 1798 (114th): To prohibit the Department of the Treasury from assigning tax statuses to organizations based on their political beliefs and activities. 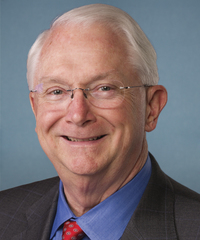 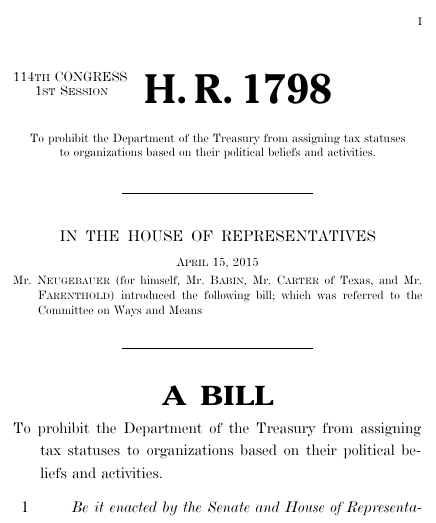 Bills numbers restart every two years. That means there are other bills with the number H.R. 1798. This is the one from the 114th Congress.

GovTrack.us. (2022). H.R. 1798 — 114th Congress: To prohibit the Department of the Treasury from assigning tax statuses to organizations based on …. Retrieved from https://www.govtrack.us/congress/bills/114/hr1798

To prohibit the Department of the Treasury from assigning tax statuses to organizations based on their political beliefs and activities, H.R. 1798, 114th Cong. (2015).