Getting Democrats and Republicans to agree on budgets was difficult even during the most harmonious of times. But it has proven particularly challenging since 2011, when Congress and the White House have been controlled by opposing parties. At times it seems that nothing can get the two sides to come together to resolve their spending differences, with vicious disagreements on funding for everything from the military to Planned Parenthood.

No Budget, No Pay

The legislation has been introduced in several different forms so far this session: S. 39 was introduced by Sen. Dean ... 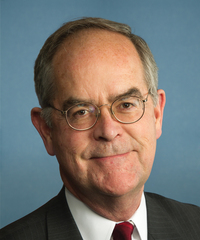 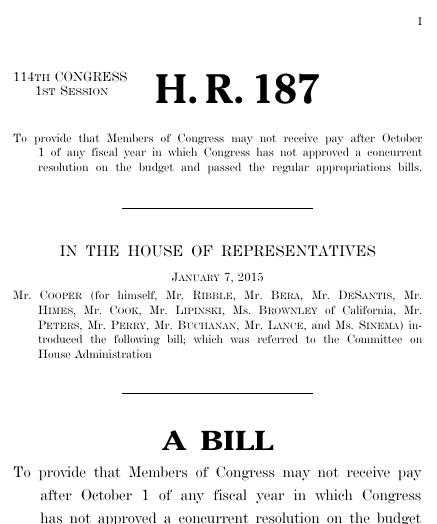 Bills numbers restart every two years. That means there are other bills with the number H.R. 187. This is the one from the 114th Congress.