The campaign finance system has come under attack by both parties. It may be the only issue Hillary Clinton, Donald Trump, and Bernie Sanders all agree on. In the past few years, several existing campaign finance restrictions have been struck down by the Supreme Court, opening the floodgates for nearly-unlimited political expenditures: just 158 families now provide half of all the political campaign money in the country.

H.R. 20, the Government by the People Act introduced by Rep. John Sarbanes (D-MD3), is a leading Democratic congressional proposal to level the playing field. The bill would give every citizen a voucher worth up to $50 through a “My Voice Tax Credit” for campaign contributions in $5 increments, and it would aim to make small donations as influential as large … 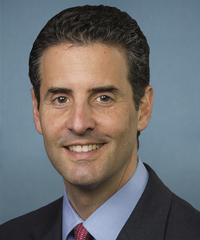 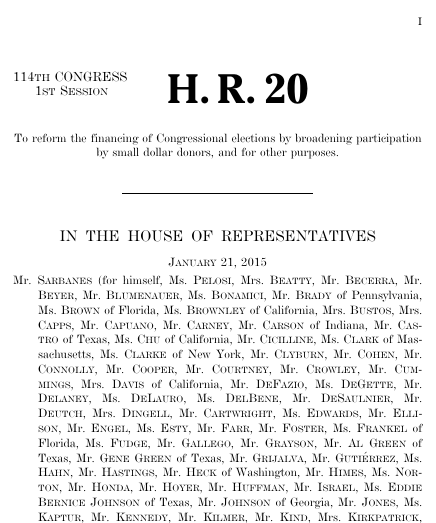 Bills numbers restart every two years. That means there are other bills with the number H.R. 20. This is the one from the 114th Congress.