Legislation scheduled for a House vote this week seeks to change the Food and Drug Administration’s (FDA) labeling requirements for nutrition information displayed by restaurants, convenience stores, grocery stores, and pizzerias. The Common Sense Nutrition Disclosure Act of 2015 (H.R. 2017) would direct the Secretary of Health and Human Services to issue new rules to allow a food establishment to post nutritional information exclusively on its website if the majority of its orders are placed online, would clarify that Facebook advertisements are not menus, and aims to protect establishments from being sued for human error.

The case for reform

“In their current form, menu labeling regulations are fundamentally impractical and unnecessarily expensive,” said Rep. Cathy McMorris Rodgers (R-WA), sponsor of the bill, during a committee markup in November ... 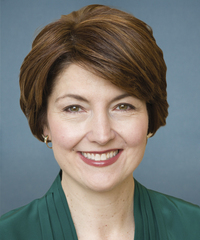 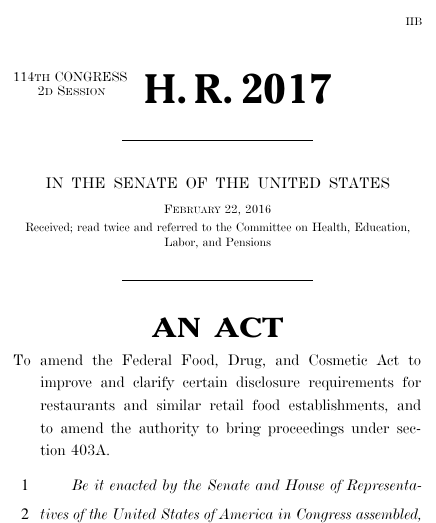 This bill was introduced in a previous session of Congress and was passed by the House on February 12, 2016 but was never passed by the Senate.

Bills numbers restart every two years. That means there are other bills with the number H.R. 2017. This is the one from the 114th Congress.