The United States Government updated US commercial space legislation in 2015 with the passage of the Commercial Space Launch Competitiveness Act, sometimes referred to at the Spurring Private Aerospace Competitiveness and Entrepreneurship (SPACE) Act of 2015.

The update to US law explicitly allows US citizens to "engage in the commercial exploration and exploitation of 'space resources' [including ... water and minerals]." The right does not extend to biological life, so anything that is alive may not be exploited commercially. The Act further asserts that "the United States does not [(by this Act)] assert sovereignty, or sovereign or exclusive rights or jurisdiction over, or the ownership of, any celestial body." Some scholars argue that the United States recognizing ownership of space resources is an act of sovereignty, and that … 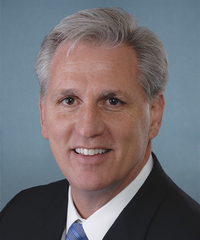 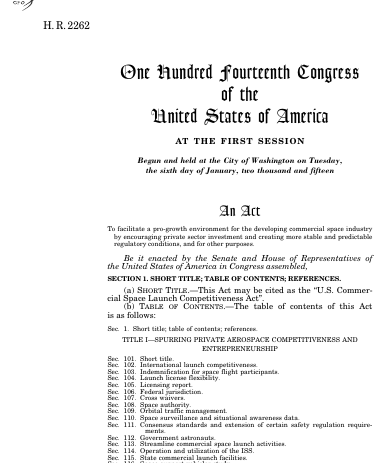 Bills numbers restart every two years. That means there are other bills with the number H.R. 2262. This is the one from the 114th Congress.