The Commodity End-User Relief Act (CEURA) would reauthorize the Commodity Futures Trading Commision (CFTC) as well as reform some aspects of the financial regulation required by the Dodd-Frank Wall Street Reform and Consumer Protection Act (Dodd-Frank). The CFTC is an independent agency created in 1974 to regulate futures and options markets to prevent fraud and abuse. It was given increased authority on swap markets by Dodd-Frank after the 2007-2008 financial crisis. CEURA would reduce this authority, which has caused controversy. Rep. Peter DeFazio (D-OR4) criticized that although the reauthorization of the CFTC is necessary, the bill would weaken it enough to allow for the danger of another financial crisis. The House Committee on Agriculture provided this press release in support of the bill. It has passed the House and … 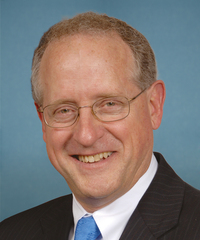 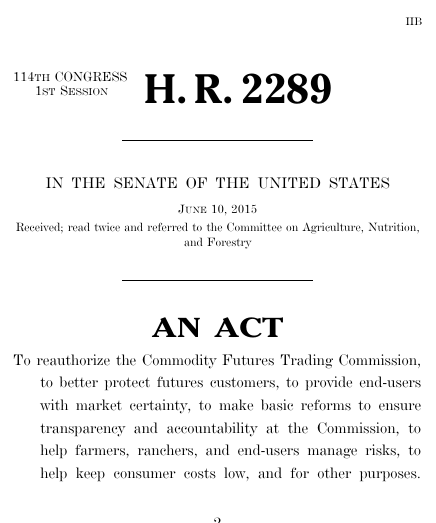 This bill was introduced in a previous session of Congress and was passed by the House on June 9, 2015 but was never passed by the Senate.

Bills numbers restart every two years. That means there are other bills with the number H.R. 2289. This is the one from the 114th Congress.