To require all candidates for election for the office of Senator or Member of the House of Representatives to run in an open primary regardless of political party preference or lack thereof, to limit the ensuing general election for such office to the two candidates receiving the greatest number of votes in such open primary, and for other purposes. 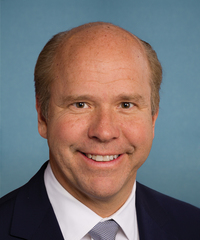 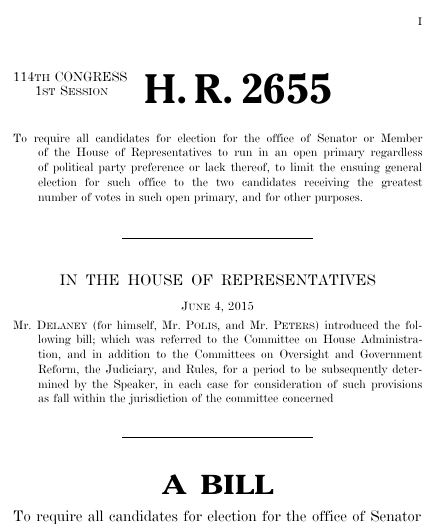 This bill was introduced on June 4, 2015, in a previous session of Congress, but was not enacted.