H.R. 4100 (114th): To require the Secretary of the Army, acting through the Chief of Engineers, to undertake remediation oversight of the West Lake Landfill located in Bridgeton, Missouri. 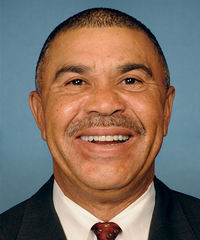 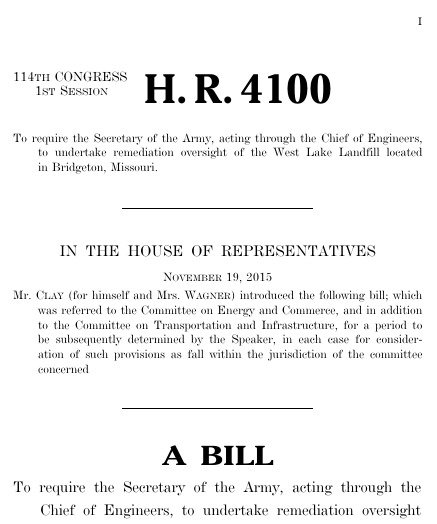 Bills numbers restart every two years. That means there are other bills with the number H.R. 4100. This is the one from the 114th Congress.

To require the Secretary of the Army, acting through the Chief of Engineers, to undertake remediation oversight of the West Lake Landfill located in Bridgeton, Missouri, H.R. 4100, 114th Cong. (2015).