H.R. 4734 (114th): To amend the Federal Election Campaign Act of 1971 to permit candidates for election for Federal office to designate an individual who will be authorized to disburse funds of the authorized campaign committees of the candidate in the event of the death of the candidate. 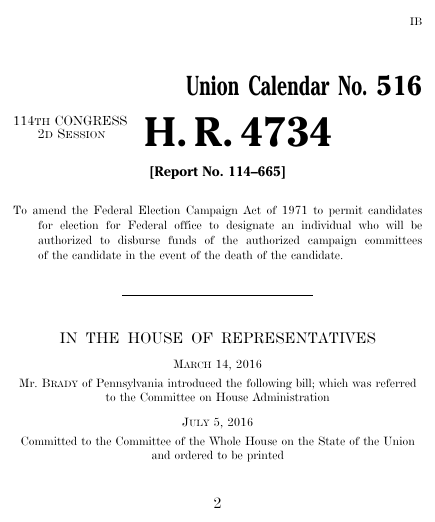 Bills numbers restart every two years. That means there are other bills with the number H.R. 4734. This is the one from the 114th Congress.

To amend the Federal Election Campaign Act of 1971 to permit candidates for election for Federal office to designate an individual who will be authorized to disburse funds of the authorized campaign committees of the candidate in the event of the death of the candidate, H.R. 4734, 114th Cong. (2016).