H.R. 5122 (114th): To prohibit further action on the proposed rule regarding testing of Medicare part B prescription drug models. 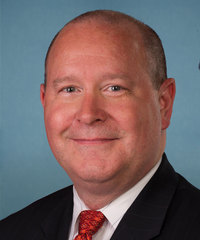 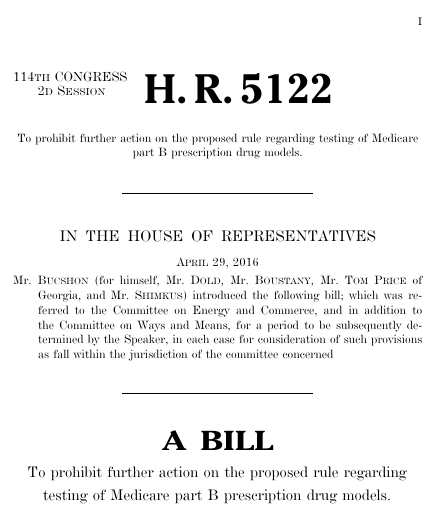 Bills numbers restart every two years. That means there are other bills with the number H.R. 5122. This is the one from the 114th Congress.

GovTrack.us. (2021). H.R. 5122 — 114th Congress: To prohibit further action on the proposed rule regarding testing of Medicare part B prescription …. Retrieved from https://www.govtrack.us/congress/bills/114/hr5122

To prohibit further action on the proposed rule regarding testing of Medicare part B prescription drug models, H.R. 5122, 114th Cong. (2016).