To require State and local law enforcement agencies to report arrests for offenses that involve driving under the influence to the National Crime Information Center as a condition of receiving the full amount that the State would otherwise receive under the Edward Byrne Memorial Justice Assistance Grant Program, and for other purposes. 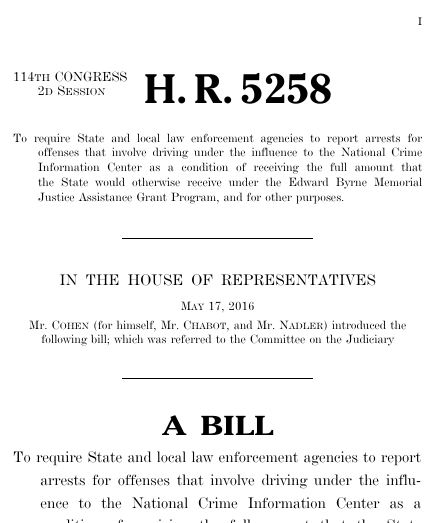 Bills numbers restart every two years. That means there are other bills with the number H.R. 5258. This is the one from the 114th Congress.