National security analyst Ahmad Ghappour has called it “possibly the broadest expansion of extraterritorial surveillance power since the FBI’s expansion.” It’s an obscure change approved earlier this year which would essentially allow the government to hack an unlimited number of computers, anywhere in the world, with a single warrant. An edit to Rule 41 of the Federal Rules of Criminal Procedure, it’s more commonly referred to just as “Rule 41.”

Amazingly, Congress never approved this change — instead, the Justice Department requested and received judicial approval from the Supreme Court in April. Now the rule will go into effect on December 1, unless a new congressional bill succeeds in stopping it. 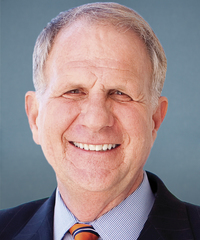 This bill was introduced on May 25, 2016, in a previous session of Congress, but it did not receive a vote.

Bills numbers restart every two years. That means there are other bills with the number H.R. 5321. This is the one from the 114th Congress.