H.R. 5400 (114th): To amend the Internal Revenue Code of 1986 to make permanent the deduction for income attributable to domestic production activities in Puerto Rico. 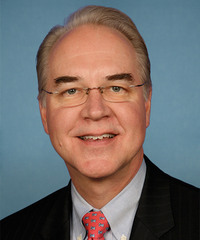 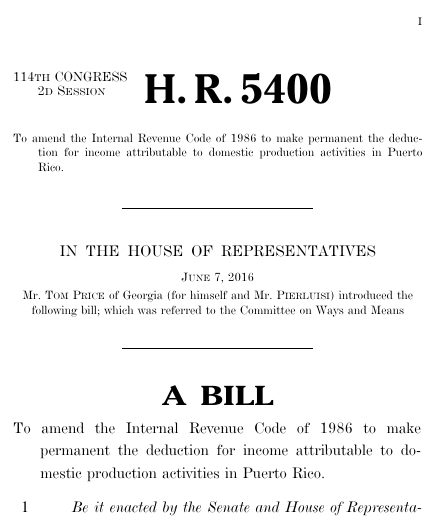 This bill was introduced on June 7, 2016, in a previous session of Congress, but it did not receive a vote.

Bills numbers restart every two years. That means there are other bills with the number H.R. 5400. This is the one from the 114th Congress.

To amend the Internal Revenue Code of 1986 to make permanent the deduction for income attributable to domestic production activities in Puerto Rico, H.R. 5400, 114th Cong. (2016).